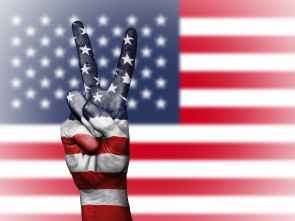 This evening, Donald Trump will give his first State of the Union Address and like many others I will be boycotting. I plan on watching “Loving Vincent.” (LINK) I cannot sit through a speech by this man. If he can stay on the script his speech writer writes for him, it will be a miracle. The people of America and the people around the world deserve more than being lied to for an hour. Running our country is just a reality show for Trump and all he lives for are the ratings, so boycotting is the only way to affect this man.

State of the Dream Address

My Wish for America and the World

The lies he has told the people are many, but what comes to mind are the people he promised they would have jobs. The Carrier plant laying off workers who he told would have jobs. The people who believe that coal mines are coming back need to realize that he lied to them. I pray the will be able to move on quickly and fine gainful employment or go back to school. Our government should help them go back to school to learn a trade that will keep them employed for years and years to come.

I pray that our environment can hold on a little longer. That the next people coming into office believe that climate change is real. That we get people in the EPA that want this old world to keep spinning. It’s up to us now, we need to keep up on our car maintenance, we need to car pool as much as possible, we need to think about letting our grass grow a little bit longer and don’t water it unless it absolutely needs it. We all need to step up to the plate and take one for Mother Earth. (LINK)

People of color are being racially profiled every day in this country and it’s time for it to stop. Why are the hair products for people of color locked up in Walmart, but the ones for me aren’t? That’s profiling folks. Almost daily, we hear of black men being killed for daring to drive or walk down a street and that pisses me off so freaking much. If you see this stuff happening, stand up. Use the privilege you have, and it may save someone’s life. We are all God’s children and it doesn’t matter what our skin color is, we all bleed red.

We also need to stand up for our LGBTQ+ community, after all they are our family, friends, neighbors and just like you and me. I know I keep repeating myself, but again if you see something, stand up. Be that person who isn’t afraid to say something. We all need to be Super Heroes for those in need. You don’t want to see me in tights, but I will be your super hero if you need me to be. Imagine if you will, a chubby blonde girl doing a super hero, hands on hips pose. Yah, that’s me. I’m doing that right now.

There are Mexican, Spanish and any people, who happen to be brown in color being targeted by ICE and being harassed by people who want only “American” people in this country. I know how we help them, we get our buns out and vote. We vote people in who care about others, we run for office and we STAND UP for people. Help those in need out. We are the ones who can make change in this world. So, let’s do it!!! (LINK)

Now, I am speaking to those who only want “American” in this country. You know who you are. What does being American mean to you? Before anyone came to this land, it belonged to the indigenous people. Our government took their land and we sit on it now. Where I live, probably belonged to Mexico before our government took it to make Texas. I can trace my family roots to other countries and unless you are an American Indian, your people came from somewhere else too. Do think the people who landed in Plymouth were made to show their papers? If someone asked for your papers, what would you show? Your drivers license isn’t enough. You would need to carry around your birth certificate. Think of your friend who is a little tan, do you think they are prepared to show their papers? I bet a lot of people we know carry papers with them now and it’s a sad situation.

I guess, what I really want is equality for all, for all to live without fear of being deported. I want peace around the world. I want people to be happy and not to be scared to walk down the street. I want to live as if I am looking at the world through rose colored glasses. Is that too much to ask for?